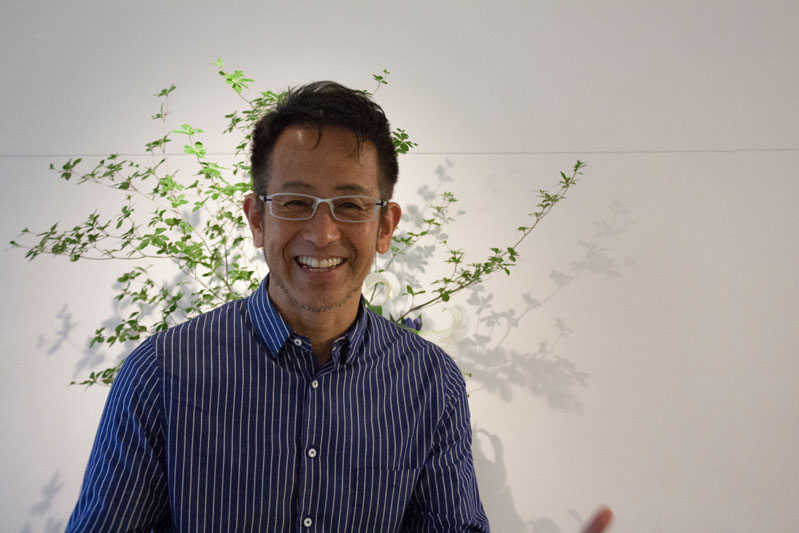 When the curtain rises, a different world unfolds. Welcome to the world of opera, where the conflicts presented still remain relevant as the plot resonates with the audience. Ever since introducing myself to Mozart’s Magic Flute, I have regularly attended local opera. Now, that the Magic Flute is coming back under the direction of Amon Miyamoto, I wanted to peek inside his visionary mind as this iconoclast approached the time-honored opera with an unorthodox chutzpah.

What attracts you to Mozart?

Mozart was a strange person, always challenging himself with difficult questions. An emotionally volatile man, Mozart composed out of a love for humanity. I wish I could ask him what drove him to make such beautiful music. I can only guess that he was inspired by a plethora of life experiences that made him want to live life to its fullest.

Do I come across as such a weird person? I enjoy being playful. Just as he was curious about why people exist and thrive despite their struggles, Mozart’s operas reflect deeply upon our feelings.

You must’ve faced immense pressure delivering your first performance in his homeland Austria. How did it go?

It was incredibly successful. But it wasn’t easy to overcome the initial friction. When I first announced that I wanted to create a Japanese video game world never seen in Mozart productions, people reacted with a vacuous stare. But as we discussed the idea over rehearsals, we got a better sense of mutual understanding. Soon, we were ready for show time.

Where did the idea of a video game come from?

Mozart had written The Marriage of Figaro and Don Giovanni, but he wanted to present his last opera as a “song-play.” The Magic Flute is full of warmth that reaches out to everyone.

As you “re-import” this production from Austria back into Japan, did you make any changes?

As a world’s first, we’re going to link opera and video games. This production takes place in a Fantasy world within a video game, and you get to play that game! You download it from a massive QR code hung on stage, and get to keep playing it when you return home.
If Mozart were alive, I’m pretty sure he would be a happy gamer, perhaps even composing music for games. As Mozart sought novelty in his operas, video games are a perfect match. 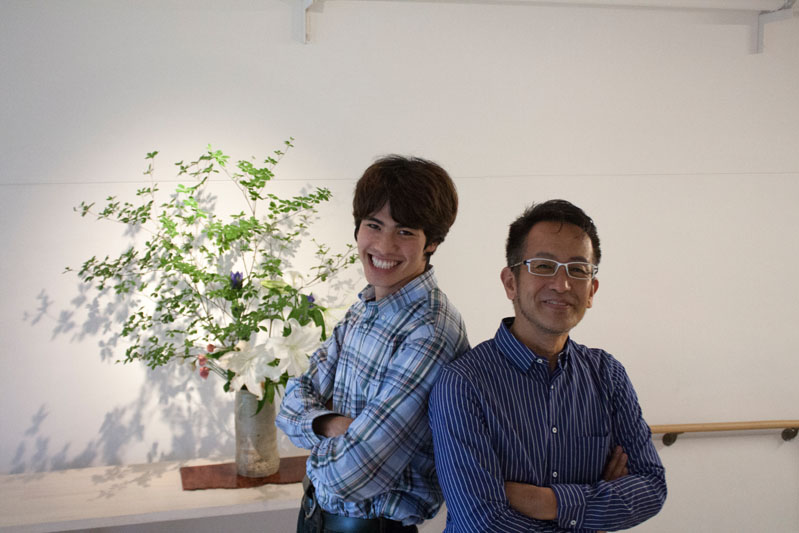 Asking for an old pose.

What is the source of your eccentric ideas?

I have no interest in the status quo. We tend to imagine things to go as we expect. I try to erase such notions from my mind. It’s not just for the sake of being different. For example, when I approach Mozart, I want to keep the sense of excitement of placing your fingers on the piano keyboard. I recall that impression as I read the script and sheet music. While keeping the essence of truth, the stage should awe audiences.

How thrilling. Nonetheless, young audiences can be intimidated by opera.

That’s basically been the history of opera after all. But it’s now becoming democratized . By the way, I didn’t see my first opera until I was 25. I slept through the entire performance. People glared at me afterwards, so I imagine I must have been snoring loudly. I thought I would never understand opera until I attended a production of Rigoletto in London the following year. The interpretation was fresh, changing the setting from a royal court to a bar and casino in America. Depending on how it’s shown, opera can be very exciting.

Some people struggle to understand radical interpretations. What was the case for the Magic Flute?

This time, I focused on the more jovial aspects of Mozart. However in the past, I’ve made quite daring interpretations. My previous Don Giovanni was set in a post-9.11 America, where among ruins people were hungry for love. Half of the audience was appalled. But there were those who embraced it. Part of the fun in opera is in the heated debate that surrounds its presentation.

On a side note, I’m currently in college. I understand that you apparently struggled back when you were a student, but how did you find your path?

Nobody lead me to the path I wanted to pursue, so I felt lost. Back in my 20s, I didn’t know anyone to ask for help. Times were gloomy for me! Still, I sought inspiration overseas. Travelling with money I had saved, I forced myself to abandon the conformity of a myopic worldview.
Theaters in America were always full of exciting discoveries. Just like opera finds its roots in Italy, musicals flourished from the melting pot of 20th century New York. It broke convention with the chemistry of dancing and singing. I enjoy both forms of theater, as they transcend beyond race and borders.

You’re Japanese, so what would you like to contribute?

Back when I was a child, I learned all about Japanese culture through tea ceremonies, traditional dancing, and such. If I tried to present the stage in the same traditional manner, I’m sure that most of the younger generation would find it difficult to comprehend, so I like to spice them up with modern technology so that it’s easier for the younger generation to relate to. I would be wrong if I claimed that Japanese people today live just like their ancestors. But even with westernization, we retain our Japanese identity. Japan’s a wondrous, amazing island. Of course there are many interesting things around the world, but Japan is the ultimate culmination of simplified aesthetics. It’s an island that developed into its own unique world.

We seldom take notice of this phenomenon.

That’s why we need to stop feeling comfortable with the status quo. Acting in such a way will deprive us of our discoveries. It’ll be more fun to look around with the eyes of an innocent child always wondering “Why?” 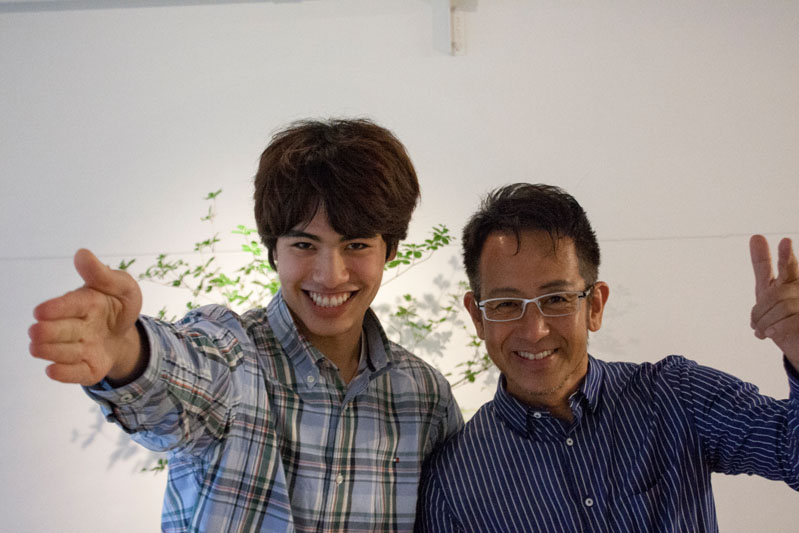 Speaking of which, Picasso once claimed, “All children are artists.” How do we remain artists once we grow up?

When I was 21, my mother died suddenly. In an unfortunate way, it turned out to be a great opportunity. You only live once. You don’t know when you’ll go. I could be gone tomorrow.
Life is too precious to squander so we need to live every breathing moment. There are those around the world who struggle in poverty. But we are lucky to be born into such a fortunate condition. I’ve decided that I want to cherish every second of my life.
Of course, life can hit you with a brick. In my early 20s, I was complaining about this world. But you need to persevere to become stronger and give back to others. That’s why I was able to strive despite my life’s obstacles.

Before we end this interview, I’d like to ask one more question: If I were to star as the main character in one of your plays, how would you cast me?

Huh, you want the leading role? But I just met you 10 minutes ago.

I’m sure you’re able to see through people in an instant at auditions!

Wow, you got me spot on.

As a leader you probably like to project yourself as a cheerful sort…..but then again, you tend to feel lost when you’re alone, don’t you?

But part of being a leader is coping with loneliness. You might fit the lead role in the musical I recently did, ‘Merrily We Roll Along’.

So you’ll take me, maybe as an extra?

Extra? I thought we were talking about the lead role?

Wow, you’d be willing to entertain me in a lead role? I thought I was supposed to climb my way up the ladder.

Anything is possible, as long as you believe in it.

Well then just watch me star on the stage called life!

I’m looking forward to see how that plays out. Good luck! 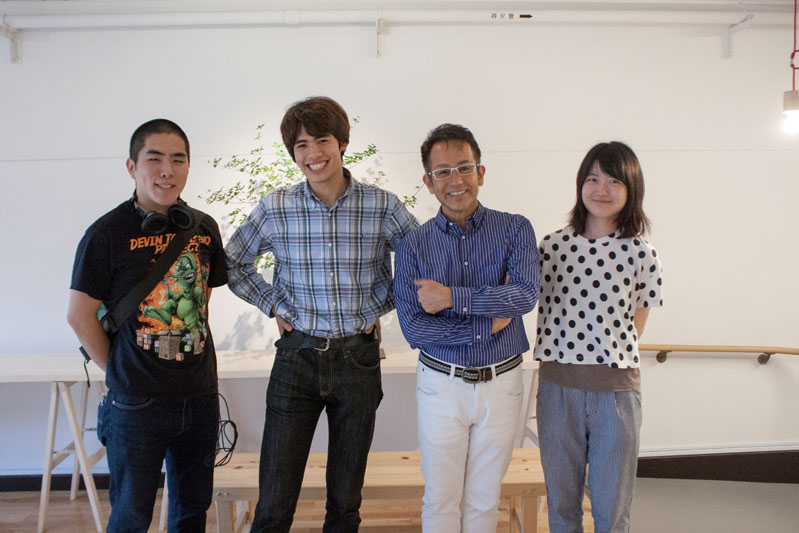 With the entire interview crew.

Amon Miyamoto
Born in Tokyo, Amon is a Japanese director of musicals, operas, plays, kabuki and other genres.