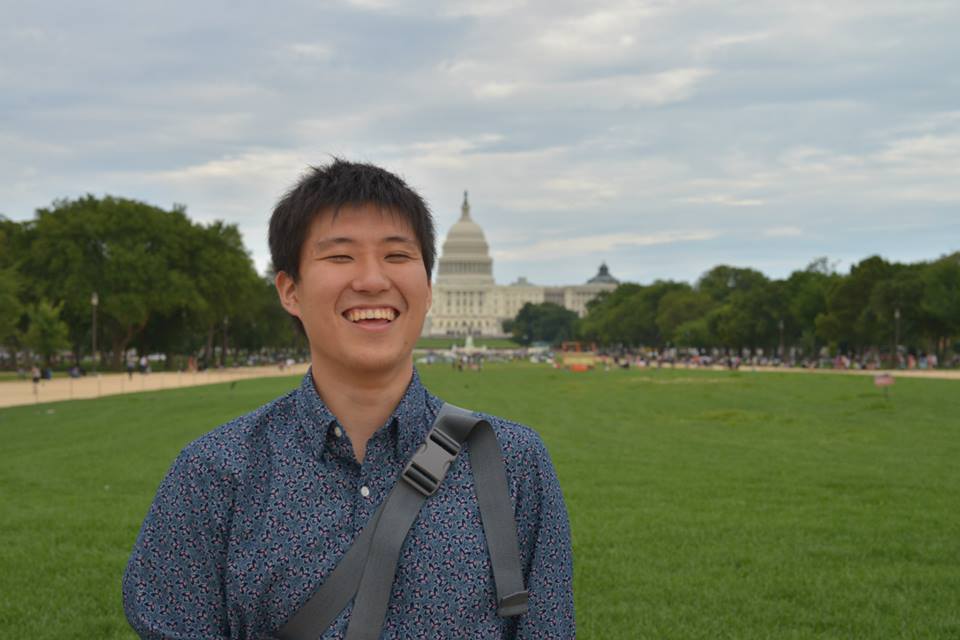 Unsatisfied with Japan’s prestigious Keio university, Tomonobu Kumahira transferred overseas to Brown. In his home country, where students hesitate to study abroad given the language barrier, he is admired by aspiring exchange students. A senior at this time of this interview, Kumahira-san reflects back on his college years.

After studying in Japan for your first year, what difference did you see in American colleges?

It’s totally different. When I was in Keio, I tried to contact my professor, only to be denied by the administrative office citing reasons over fairness. Of course, there is no such thing as office hours. With professors complaining that students lack motivation, while students find professors uninteresting, it is a hopeless situation.
At Brown’s entrance ceremony, I was told that both students and professors were equal learners, only that the latter were a decade or two ahead. In class discussions, professors approach students not as subordinates but as intellectually curious scholars. This sense of equality promotes mutual respect among students and professors, who create the classroom together.

Why is there such difference between Japanese and American colleges?

I suppose it’s because they have different purposes. Japanese colleges focus on producing elites by letting them acquire knowledge and techniques. In America, you learn how to think and interact within a tight-knit community. How do you approach your thoughts, incorporate those from others, and communicate among each other? It is a practice lasting four years, within and outside your dorm room.

There are caveats however. Colleges tend to be far away from downtown. And the studying is rigorous. This means that students across various colleges won’t be able to convene with ease like in Japan. Still, American colleges have regional networks to overcome that. Also, distance is less of a problem thanks to the Internet. For example, we had a year-long project in collaboration with five east-coast colleges to respond to the 3.11 earthquake; we completed it without ever having to physically meet at all.

Campus life seems appealing in the states, but job-hunting is a prospect to worry about, especially with increased competition compared to Japan.

It is indeed difficult. Unlike Japan where you can take the beaten path, I see more people struggle here. In the states, students are more likely to hunt for internships than for jobs. Unlike the so-called “internships” in Japan where job-seekers merely talk to employees and pretend to understand the job, internships in the States actually pay you to work for a couple months at the workplace, allowing you to see your suitability for the job. As pain-staking it may sound, it’s more fair than the Japanese job-hunting process in which your employment depends on the few hundred characters on your CVs and the attendance counts for meaningless orientation sessions that you attend to try and maximize your chances.

By the way, where do you see yourself working?

Actually, after much consideration, I am going to an old-fashioned Japanese company. That means I’m flying back.
Why am I returning to Japan? I have two reasons. First, when I thought of where my passion is, there was always Japan in my heart. Having been away from Japan for a while, I feel more comfortable overseas; yet, in lieu of seeking opportunities outside, it’s essential for me to confront the domestic problems.
Another reason is that even if I start my career overseas, my mid-to-long term market value would be limited. I did receive some offers here in the States, but as a humanities person without technical expertise, I couldn’t see what lies ahead in my future five to ten years from now.

You stated previously that you wanted to work in the states.

I changed my mind after an internship in Washington DC last summer. It may seem attractive to take a leap out of Japan to pursue an exciting career in America. But as I considered my employment alternatives, I began to see the difference between an ostensibly glamorous career and a career where I could have a tangible influence. I feel the difference in people’s attitudes whenever I fly back to Japan, but I’m used to it now. Japan is currently at a turning point, and I feel compelled to contribute somehow. During my time in Washington DC, I learned a lot from entrepreneurs I admire, who tackle problems relentlessly. I didn’t think much about my path forward back in Japan, but my four years in Brown allowed me to give it better consideration.

Tell me about your favorite classes at Brown.

The Long Fall of the Roman Empire
This is a controversial class which covers the dark ages of the Roman Empire after the rule of philosopher-king Marcus Aurelius. There were many topics that wouldn’t be discussed in a typical history class. I was already in love with history, but this was especially enriching.

Teachers are incredible, including this Nobel laureate who teaches introductory physics

Flat Earth to Quantum Uncertainty
This is a class taught by 80-years old Nobel laureate Leon Cooper. Explaining from Newton’s theory on gravity to Einstein’s Relativity with such lucidity even for a humanities student, in addition to the professor asking many questions during class. Our discussions were not strictly about science or math, but instead concerned with the scientist’s perspectives that we eventually acquired. It is indeed different from the lecture style prevalent in Japanese classrooms, which indoctrinates students with a single answer.

Comparative Politics and China
Provided for graduate students, it’s a small class of seven that takes up niche subjects. Every week, we read a couple of books on political science and examine how they fit into contemporary China. While there are classes on the Japan-China relationship also offered in Japan, this class made it apparent that a holistic discussion was impossible without the participation of someone representing the other country. This can be said for other classes as well, but unlike Keio where foreign students occupy less than one percent of the overall student population, we have diverse perspectives in discussions at Brown, since about 20% of students are foreign.

Born in Tokyo in 1991. In the summer of his freshman year in Keio, Kumahira decided to transfer to Brown University. After 6 months of preparation, he became a Brownie from his sophomore year. He specialized in international relations. To address the scarcity of information and mentorship regarding studying abroad, he established a blog with his classmates called “Brown Bears,” now the most popular study abroad website in Japan.