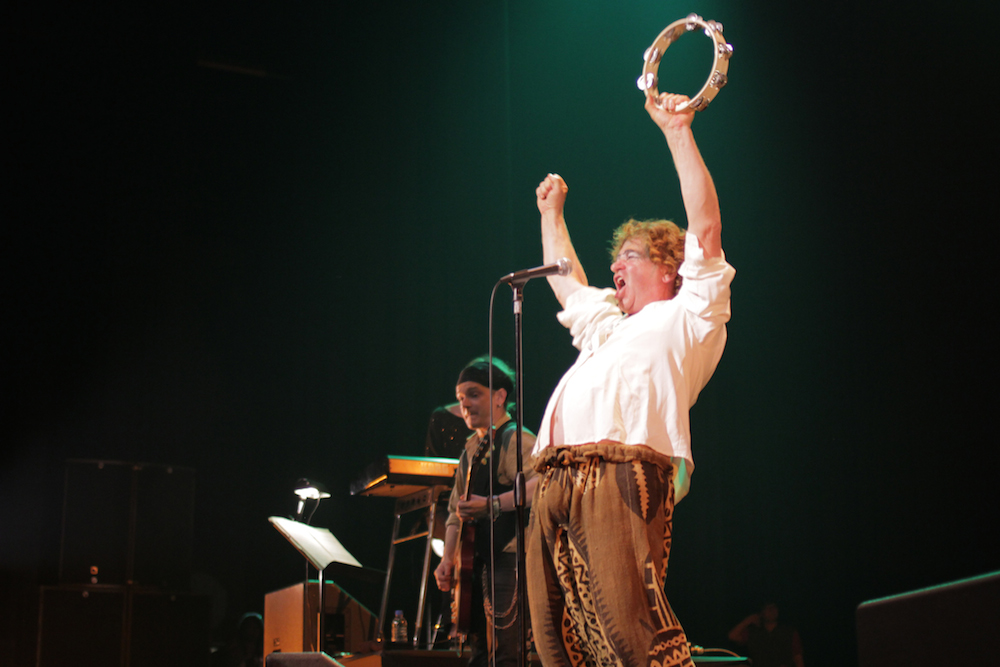 Progressive Rock is an art that transcends generations. Popularized in the 70s, “Prog” still attracts the devotion of its aging fans in addition to a younger legion of newer converts. The bands of this genre strive to open musical frontiers by fusing influences from all hemispheres. Four such pioneers recently gathered at the Kokusai Forum in Tokyo at the “European Rock Festival.”

30 minutes before opening, fans had already formed a meandering line in the hope of obtaining tickets. Though well behaved, the air of excitement for the highly anticipated show was palpable. My colleagues and I were also ready to rock, some having even donned “war paint.”

Finally, silhouettes came rolling onto the dimly-lit stage, as the last fans scurried to fill their seats-some of their faces familiar to fellow prog followers. 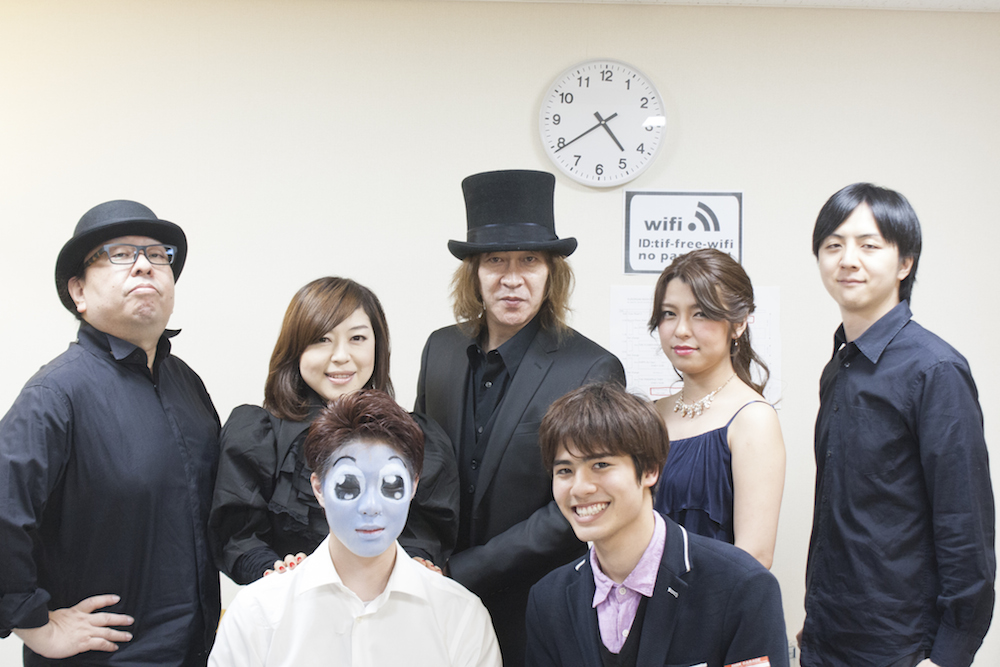 Did we just join the band?

The newly-formed Fantasy Rock Orchestra kicked off the event with their opening act. Produced by Koichiro Iwamoto, editor-in-chief of Strange Days (a favorite among local prog readers), the band is lead by anime songwriter Lui Nagai. The mysterious quality of their sound coupled with the chilling yet captivating vocals by Rui stirred our excitement. 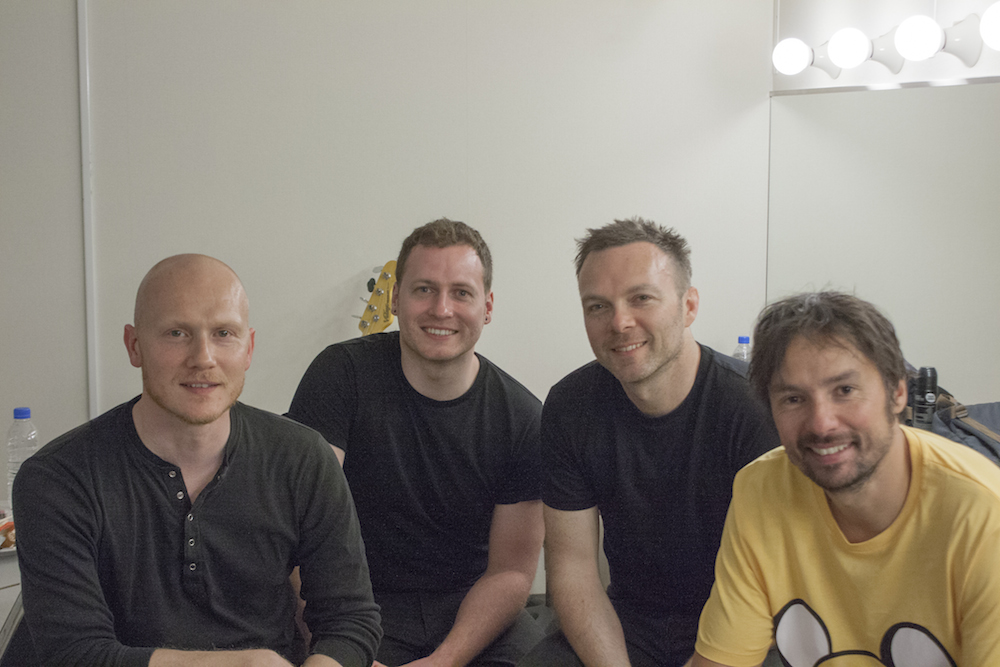 They enjoyed their first visit to Japan

After host Iwamoto’s introduction, the younger faces of Pineapple Thief lined up on stage. An eerie electronic tone hypnotized the audience. Followed by steady drumbeats, the guitar riff blasted the tension in the air. After a successful starting dash, the “Thieves” segued into a 4 signature beat. From here, frontman Bruce Soord took the lead, singing from their staples to their newer pieces. Japanese fans will surely remember Pineapple Thief’s memorable first visit. 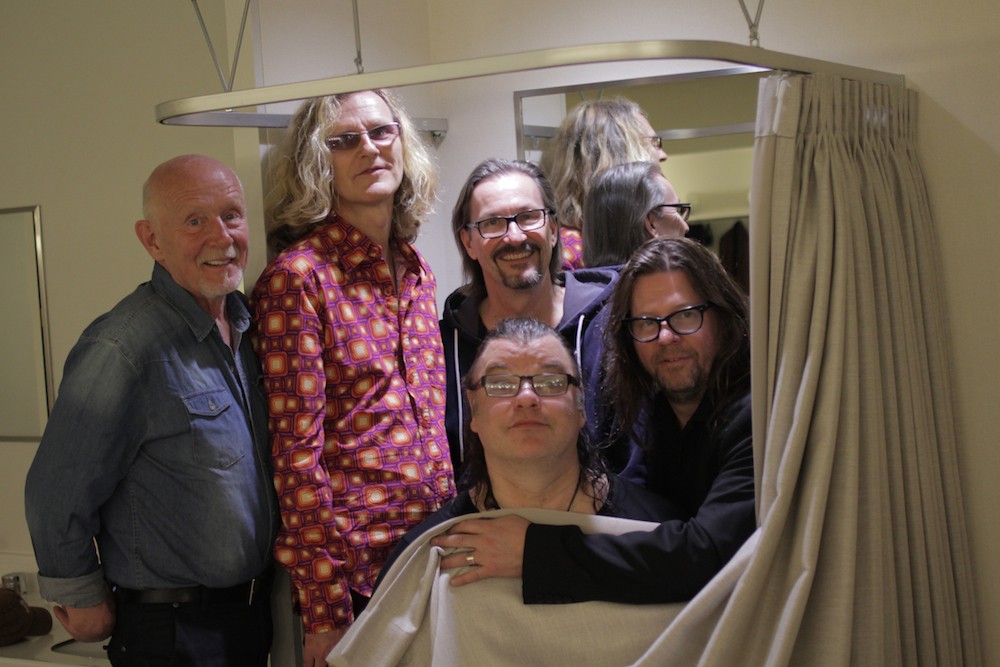 Michael just got out of the shower

As the venue heated up, Kaipa’s founding brothers Michael and Roine Solt descended upon the stage. The synthesizers set the mood, the drum the pace. Layering upon the foundations were Michael’s thick vocals intertwining with Roine’s bemoaning guitar.

As they tried to transition into their next piece, that very guitar went out of tune. While the roadies meddled with equipment frantically, Michael sang a jovial “Always look on the bright side of life!” Whether or not Japanese fans understood the reference to Monty Python, their heartfelt laughter lighted up the atmosphere. Aside from music, the comic relief was a nice play among brothers. With the issue resolved, the band rushed to get back to playing, as Roine jokingly commented: In contrast to our home in Sweden, “the Japanese are strict with time.” Nonetheless, the fans enjoyed their reunion. 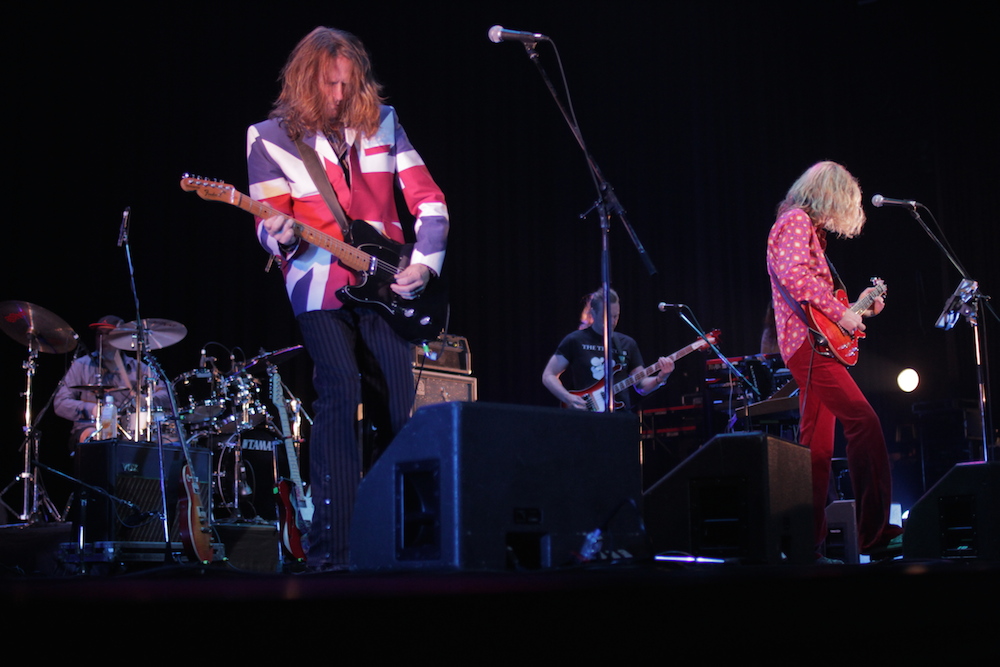 Unlike the rest of Kaipa, Roine didn’t immediately return backstage. Instead, he was preparing for another hour of gig, this time with the Flower Kings. After hearing their solid sound, worries about his stamina evaporated.

Their artistic craftsmanship shined through. Members demonstrated their virtuosity, contributing to a balanced sound as a whole. Adding another layer to the harmony, Roine’s high-pitched vocals presented him in a different light. With complex arrangements flowing seamlessly, Flower Kings managed to transform themselves into a singular instrument. 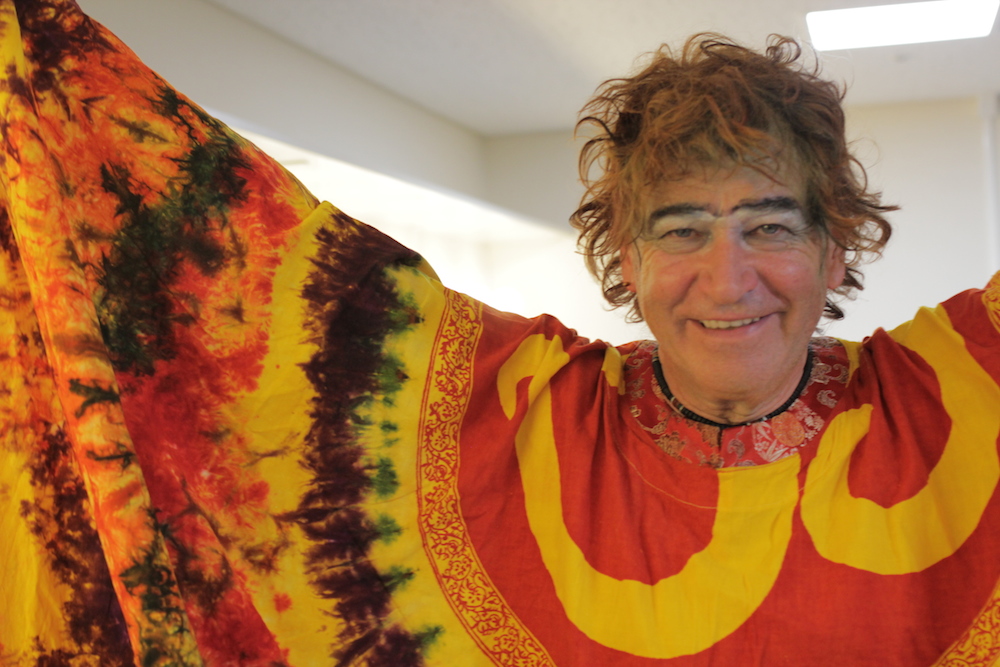 Showing his cape from Tibet

Upon the final act, smoke enveloped the stage. After members took their places, an enigmatic shadow crawled onto the stage. Veiled in a crimson cape, his face animated with makeup, the one and only André Balzer set the scene. Like the chansons of his original France, André sang rhythmically, swaying his body in waves. We were soon immersed in his world.

Captivating the audience was “L’Araignée-Mal,” the finale to their eponymous album of critical acclaim. In his intensity that seemed to last over 20 minutes, André illuminated our sight with costumes for each musical movement. His appearances in pajamas especially etched an impression. As if possessed by a spirit, he stepped in unspeakable terror, walking helter-skelter. Then lying on his back, he blurted out a throat-splitting yelp, pleading with his life. A passionate saxophone cemented their music. Witnessing a performance beyond expression, my eyes moistened. Astounded by the exuberant youth in the veteran singer, the audience roared in admiration. They continued to stand into the encore.

Backstage afterwards, André’s makeup melted away in his sweat, but his face was brimming in exhilaration. Upon thanking him for a heart-gripping show, he gave me a warm hug.

Meanwhile, Mr. Iwamoto gave a sigh of relief. This night was a sequel to the first “European Rock Festival” held two years ago, but should fans yearn for a “Volume 3,” he intends to fly back into action.

Though the prog storm had passed through Tokyo, fans, glowing in the aftermath of the spectacle, were hesitant to leave their seats. We all knew that we would come to remember this as an unforgettable night.