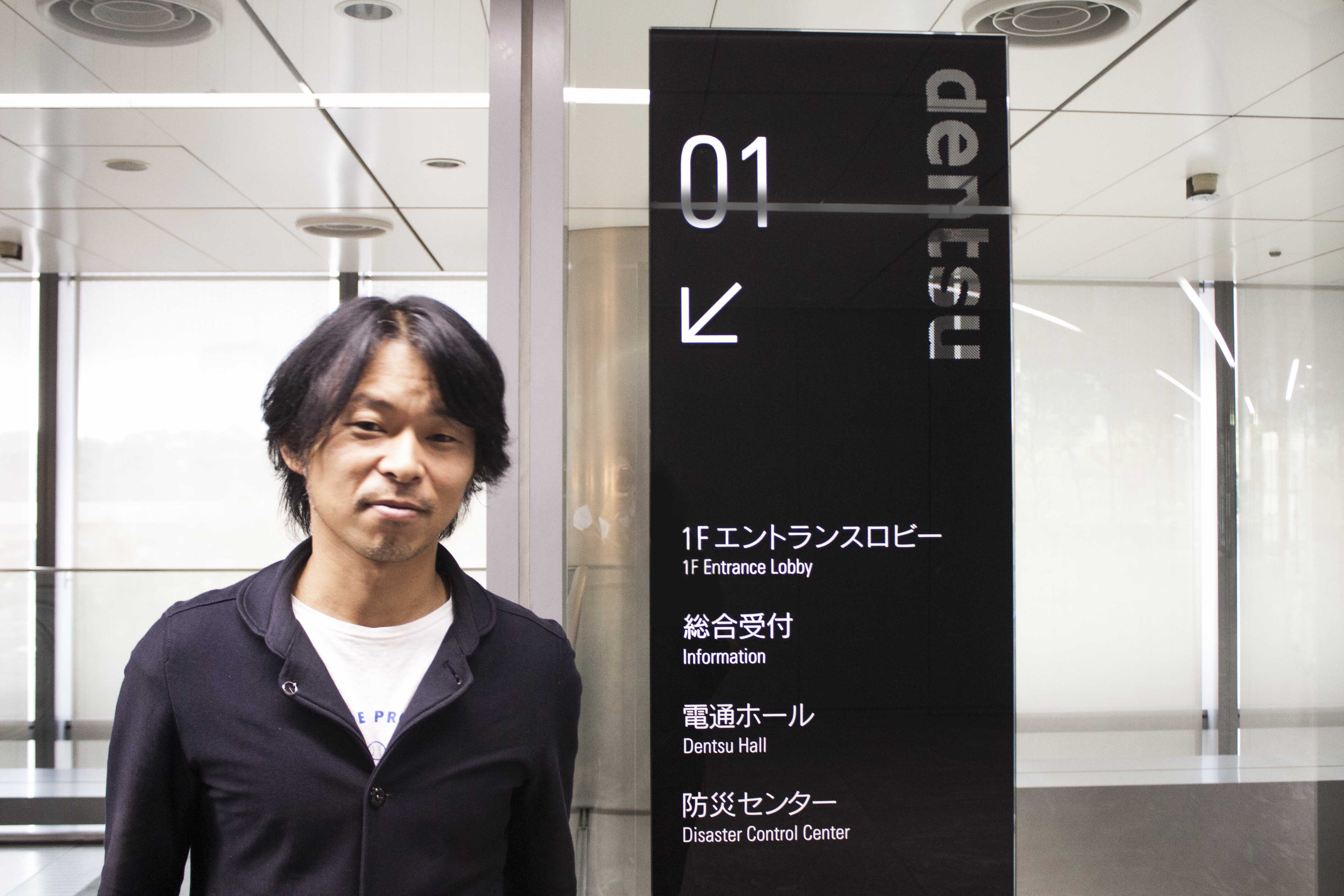 This summer, while doing an internship at Dentsu, Japan’s largest ad agency, I had the opportunity to learn about many intriguing behind-the-scene stories. Though rowdy at parties, Takashi Sakuma tried to keep his cool as our instructor during the day. I wanted to know more about him, so we re-connected for a friendly chat between master and protégé.

I have an impression of Dentsu employees being one of the most creative people. How did you join the ad industry?

I was a rather lazy student who wanted to make a living without having to work too much, if possible. There are many other ways to delight people, but making ads seemed like the most obvious way.

Yeah, but I didn’t enjoy it that much at the time. I did errands as I asked around for any tasks or jobs that needed to be done. I was not a part of the creative team, but the planning team that researches markets. There were many discussions about strategies, but nothing much that I found really exciting. I still work mainly in planning, by the way.

Then how did you spice things up?

When you’re still new to a company, you wouldn’t have yet grasped the big picture. After two, three years, I found a lot of fun in winning competitions.

Competitions whereby pitches were made to win jobs from clients?

Yep, against internal teams within my company or against other ad agencies. I brewed ideas and strategies to win. For example, if you’re competing at Dentsu, you’d differentiate campaigns by planning events and collaborating with other firms. It’s particularly advantageous to amplify the impact of campaigns if one can present them in a socially significant light. Instead of simply producing funny commercials, this approach enhances the intrinsic value of the campaign.

So you would redefine the way you pitch?

Commercials attempt to promote the product’s value to consumers, but I’d try to bring them to a higher level. If Toyota were to advertise its new car, I’d emphasize its differences by featuring newly-incorporated technologies in lieu of improvements. At ADK, I increased my odds of winning pitches by trial and error.

I really enjoyed strategizing for these competitions, but eventually the presentations became my goals. It’s more important to take action and have an impact on society. In that sense, I felt Dentsu provided a better environment with more opportunities.
But ADK is still like a close-knit family who raised me. I didn’t plan on leaving, but considering that I still had 30 more years ahead for my career, I wanted to gain more experience.

How would you describe your job to your child?

For the sake of simplicity, I’d just say I make commercials. But since I work with a variety of clients, it seems as if I change jobs frequently.

What is a common theme among your many projects?

I suppose, “Discovery.”
For example, I’m currently helping develop the personality of Pepper, Softbank’s new robot. Unlike smartphones that only act upon people’s orders, Pepper functions autonomously as part of a family, so he needs to occasionally make unexpected statements.
Whenever a problem appears, I counter that by proposing alternative ideas, eventually to discover solutions. A creative director once told me, “Creative works should be like a dialectic.” Conflicting views are presented; there’s a thesis and an antithesis, and a synthesis occurs – the solution evolves in a spiral-like manner. Perhaps my most important job is to discover new paths to pursue within conflicting ideas.

What are some of your favorite projects you’ve worked on?

Oh there’s many. During the 2010 FIFA World Cup in South Africa, I spent a month in a region in Ghana that didn’t have many TV sets, hosting live screenings of matches with Sony projectors. The locals loved it.
I also enjoyed making a noodle shop. To promote Nissin’s new thick noodles, I first tackled how one could enhance the recognition of such noodles. Dip-in noodles were popular back then, so I enlisted the supervision of a noodle expert to combine the best noodle and soup from two prominent noodle shops. The noodle shop was open for a limited period. I even had my business card for the noodle shop. With massive media exposure, we had line of customers up to 300 meters long.

With so many interesting ideas, it seems like it might be attractive to become independent one day.

Becoming independent may sound attractive, and I would probably do so if I had a sense of mission, but Dentsu is a good environment that allows me to be creative. Some people leave to start their independent companies, but it’s less burdensome being an employee. You’re paid a salary, and even if you become sick for a month, at least you have a place to return. If you’re independent, a month of rest can cost you your career. Without a significant mission to pursue, I wouldn’t take such risks by leaving.

You really know how to make advertisement exciting. Do you see your future as exciting as well?

To be honest, this current point in time is the most exciting for me. Just like how college students enjoy goofing around, how employees enjoy working on assigned tasks, or how parents become immersed in nurturing their children, the most interesting events change with one’s age. But obstacles will follow as well; you become burdened with more responsibilities while more people around you pass away with age. You have more to lose as you get older. That’s why life is about trying to experience as many things as one can, while one can.

The protagonist is a cheeky high school student, with skewed thoughts like how “there’s no point in writing applauded novels as long as the author’s face looks ugly.” His character made an impression on me.

I loved reading it back in kindergarten. Harry, a black dog with white spots, becomes covered in mud beyond his master’s recognition. So he happily takes a bath that he used to avoid. It’s not much, but I later named my dog a phonetically-similar “Billy” without first realizing so.

An Oscar-winner, the film is nothing much than a road movie with a family headed to take their child to a beauty contest in California. It’s sprinkled with ideas, and brings me optimism.

Born in Tokyo in 1975. Upon graduating from Waseda University in 1998, Sakuma joined the ADK ad agency. He transferred to Dentsu in 2009 and is currently its Creative Strategist. He has won Silver at the Cannes Ad Festival, Gold at Adfest, and a prize at Spikes. 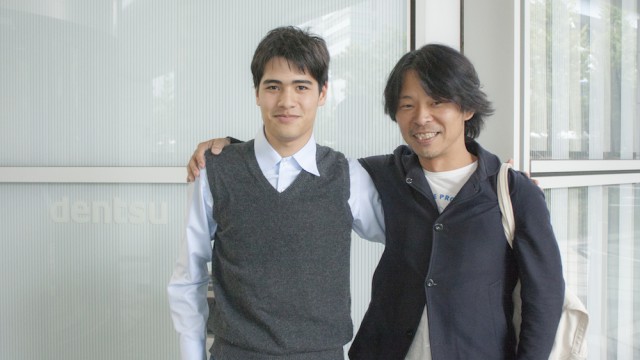