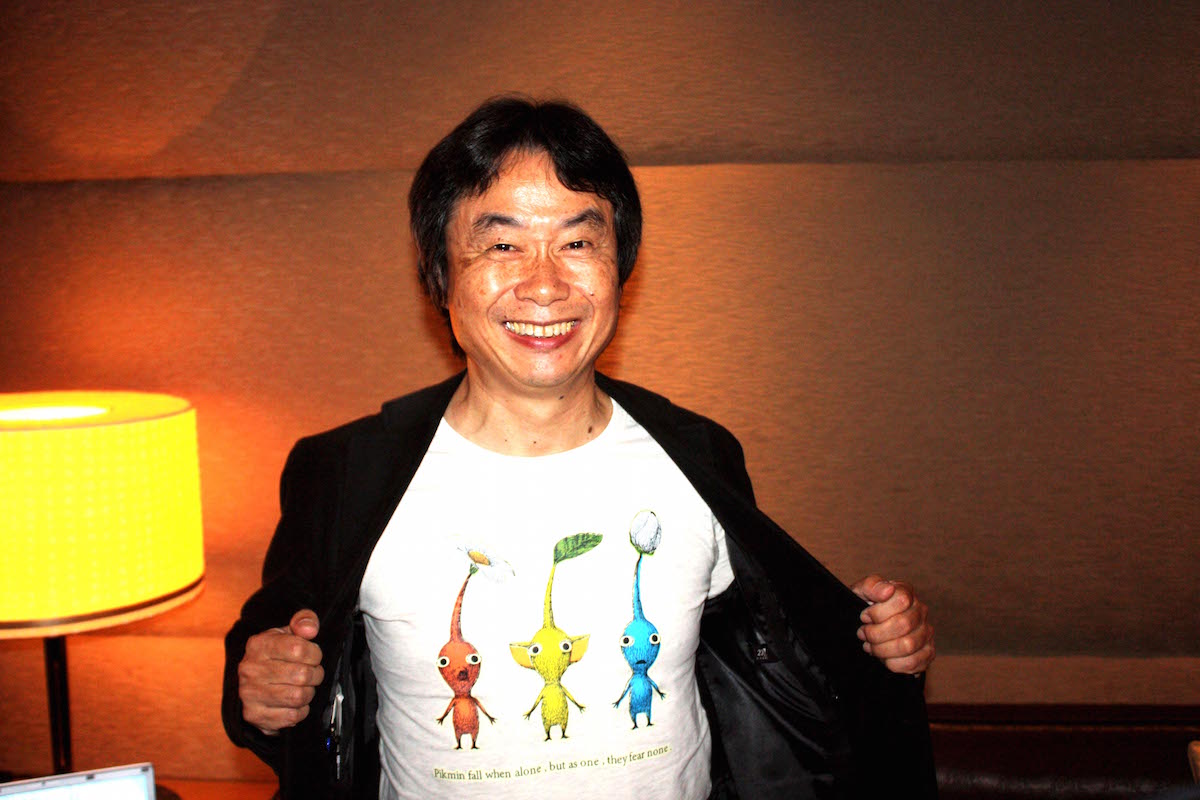 Whether you’re a gamer or not, classics like “Super Mario Bros.” and “The Legend of Zelda” are universally recognized. Shigeru Miyamoto, their legendary creator, made a foray into film as he premiered the “Pikmin” shorts at the Tokyo International Film Festival. I had the opportunity to meet and discuss with the man responsible for brightening up many people’s childhoods.

How did you become a game creator?

When I was a child, there were no games. I aspired to write comics until I realized how competitive the field was. So instead, I shifted my goal to becoming an industrial designer. I got into Nintendo, then a toy manufacturer, and discovered the technology of video games. When I created my games, it was just like drawing manga. Video games was still a nascent field, which seemed to offer room for my trail blazing.

You created countless games. How did you come up with those ideas?

First, my reputation as a fountain of ideas is just a rumor. I often tell directors and also myself to always bring up a hundred ideas. It’s simply necessary to prepare that many.
When I make games, I first tweak with the physics engine for an interactive prototype. If it seems interesting I then come up with the characters. For example, I decide on the enemies after I first placed Mario. There are enemies with thorns or flames, or those that look dangerous to touch. It’s not because I want such characters, but to communicate to the players about the game.
Pikmin is special, with a hundred enemies moving everywhere. The idea of plants as characters was suggested by young designers. This also started from a physics model, but rather than thinking all by myself, I nurtured it with young creators.

You’ve created endearing characters like Mario and Zelda. Have you been inspired by any characters yourself?

As a manga enthusiast, I’ve been inspired from many sources. Of course there’s Disney and Warner Brothers, as well as Tezuka Osamu, Akatsuka Fujio and others from Japan. Tezuka pioneered Japanese manga, so he has the creative license to conceive “koma” blocks and to later deconstruct them. Also, the same characters appear crossover in his many mangas. Mario is just like that, so I wanted to create all my games featuring Mario. It’s clearly a sign of influence from Tezuka Osamu.

You screened your Pikmin shorts. I wonder how films are different from games?

I’ve always thought they would differ, and making one confirmed my assumption. For video games, I stimulate players’ imagination through interaction. Recent games tend to be more of a monologue, but I try to create a dialogue, just like catch ball.
As for film, I present all the information. You get vastly different outcomes depending on how you can see what happens on the screen or outside of it. But the creative process is pretty similar; you make an outline, work into the details, and repeat them.

We’ve seen the rise of Virtual Reality devices like Oculus Rift. What are your thoughts on them?

As of now, Nintendo aims to bring fun to the family living room. Wearing a goggle by oneself is not compatible with our philosophy. Parents also do not want children playing with it all day long. It’s necessary to take a long time thinking about such issues.

Games can be labeled as a cause of problems by parents and society alike.

Like smartphones and VR goggles, devices themselves are not harmful. It’s unhealthy to become dependent on them. I want children to experience many things, like playing outside, reading books, and learning more. Balance is key. It’s almost as if video games are attributed as a source of crimes, but it’s a result of becoming obsessed or losing touch with people. It’s wrong to blame social problems on a device.

What advice would you give to aspiring creators?

I’ll give a serious answer. When I strived to become a manga writer, I was told to create my original instead of copying others. Likewise, game enthusiasts create their own based on their favorite titles, but those considering a professional career should make something only they can think of. That’s why young people should experience more than games.
Also, have a skill of a specialist. It can be anything like programing, art, music. Focus on these two. And if you still have time, play some games.

Since we’re at a film festival, could you tell us your favorite films?

I have great admiration for the anime director Hayao Miyazaki. I’ve met him a few times, but he hates games. Miyazaki best understands the difference between the receptive cinema and interactive games. He makes an ardent effort, pouring his his energy on audiences on a one-to-one basis. That’s why he probably doesn’t want to work on games as the audience may or may not see the effort. In contrast, I want to create a pleasant environment for players, so I would even pour my heart into background details.

Indiana Jones and the Raiders of the Lost Ark

As a creator, I refrain from commenting on other people’s creations, but I can’t resist mentioning how fantastic Speilberg’s Raiders is. It feels like a product of collaboration by many, their ideas complimenting each other. As a creator and producer, it’s fascinating when various ideas fit in together into a wonderful whole. 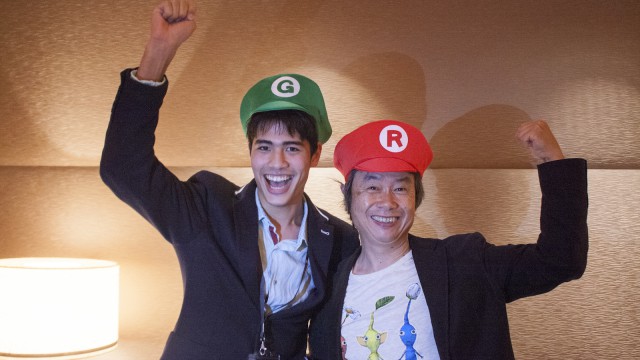 Born in Kyoto, 1952. Graduating from the Kanazawa Arts University with specialization in industrial design, Miyamoto joined Nintendo in 1977. Having created influential franchises including Mario, Zelda, Donkey Kong, and Pikmin, he currently serves his company in creative and managerial roles.